Haemophilia is a bleeding disorder in which the proteins required for blood to clot are partly or completely missing. As a result, people with haemophilia bleed for longer than average. They bruise easily after minor knocks and bumps, and internal bleeding can also occur into joints, muscles and soft tissues. People with severe haemophilia may experience spontaneous bleeding. Untreated, these bleeds can be very serious, causing acute pain and potentially disabling joint damage.

This page is intended for members of the UK general public
UK20NNG00003 Date of prep: Feb 2020


The Novo Nordisk Way described who we are, where we want to go and how we work. 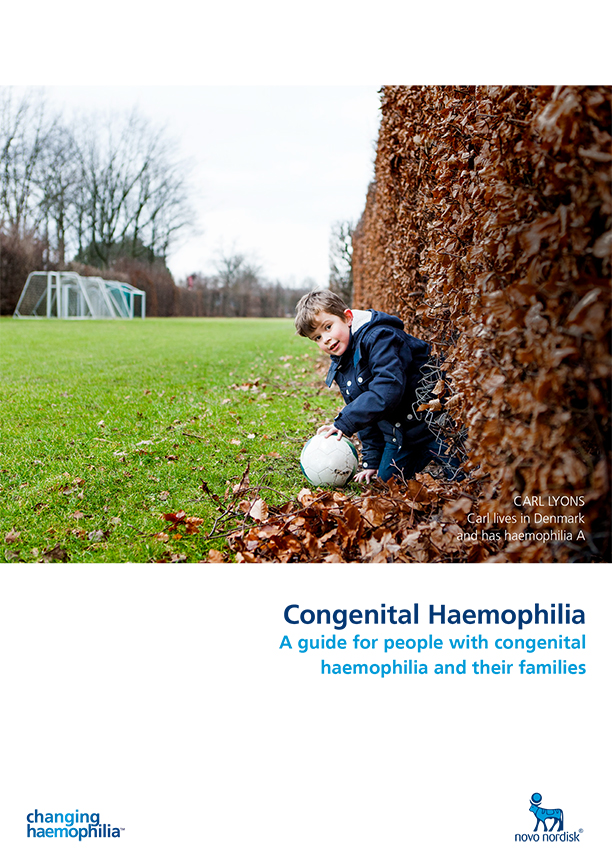 Read our guide for people with congenital haemophilia and their families.